“In a windswept British seaside town, single mom Alice Lake finds a man sitting on the beach outside her house. He has no name, no jacket, and no idea how he got there. Against her better judgment, she invites him inside.”

A man with no memory of who he is. A single mother who takes him in against her better judgment. A young newlywed whose husband has gone missing. And a two decade old tragedy that comes to surface. These components create an intriguing mystery that captivates as it seamlessly travels between different perspectives and time periods.

Alice is a single mother living in a British seaside town, and one day notices a man sitting on the beach outside her home. She soon discovers that he has no idea who he is or where he comes from, and with much trepidation, she decides to invite him in.

During this time, in London, twenty-one-year-old Lily Monrose is desperate to find her missing husband who failed to come home from work. Having been married only three weeks and new to the country, she is very much alone, and soon learns from the police that her husband never existed. 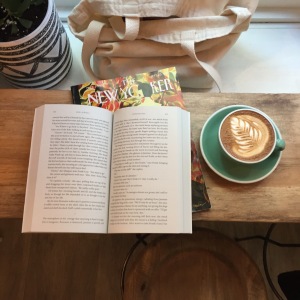 Twenty-three years prior these events, young teens Kirsty and Gray are at their cottage for the summer holidays, when young man starts paying extra attention to Kirsty. This leaves Gray very uncomfortable. There is something about the situation, and this man, that simply does not seem right.

I Found You is a compelling novel with interesting characters, and is very easy to get lost in. Each perspective and timeline is intriguing in its own way and the pieces assemble quite nicely to reveal the big picture. If you enjoy mystery and character driven novels, this is a great choice. I wouldn’t go into it expecting a fast-paced thriller with lots of twists and turns because it could be end up being disappointing. Overall, a well-written and page-turning novel that is definitely worth a read.

2 thoughts on “I Found You by Lisa Jewell”